Maui Monopoly Tournament – November 18, 2017 at The Shops At Wailea

Where:   The Shops At Wailea  Center Court

Why:        Charity Event – All Proceeds Go To Maui Food Bank and Habitat For Humanity

More:       There will be a Silent Auction and meet the Dignitaries who are Guest Players

*T-Shirt included in the registration

Article from The Maui News:

Every good plan begins with a good idea. For Tom Tezak, that idea was inspired by a board game — along with a tiny pewter automobile, top hat and Scottish Terrier.

Ten years ago, Tezak, coowner and broker-in-charge of Wailea Realty Corp. a Boutique of Windermere Real Estate, was playing a game of Monopoly with his daughters. Somewhere between Baltic Avenue and Park Place, Tezak spotted something interesting on the back page of the Monopoly rule book: a paragraph outlining how to host a Monopoly tournament.

And it was fortuitous timing. At the time, Tezak was looking for a way to give back to the community through Habitat for Humanity Maui.

“I volunteered for Habitat for Humanity in my hometown of Joliet, Ill.,” he explained. “When I found out it was possible to host a Monopoly tournament, I thought, ‘What a great idea for a fundraiser.’ ”

As far as themes go, a Monopoly tournament fundraiser for Habitat for Humanity Maui was an appropriate choice, Tezak said.

“It’s a game about building houses, so it was a good fit,” he said.

In January 2008, Tezak, along with Homes & Land Magazine, hosted the firstever Hasbro-sanctioned Maui Monopoly Tournament at Matteo’s Osteria Restaurant in Wailea and raised $10,000 for Habitat for Humanity Maui.

“It was a very successful event,” Tezak said. “We said we’d do it again someday.”

And “someday” is right around the corner.

Back by popular demand, the second Maui Monopoly Tournament will take place from 8:30 a.m. to 3:30 p.m. on Nov. 18, at the main fountain courtyard of The Shops at Wailea.

Competitors in both divisions will be spread out among several tables for 90-minute preliminary rounds. A judge will oversee each round and a designated banker will be stationed at each table. The players with the highest accumulated net worth will advance to a championship round and the winners of the final round will receive trophies and bragging rights.

But the real winners of the tournament are its two beneficiaries: Habitat for Humanity Maui and the Maui Food Bank. Twenty years ago, Habitat for Humanity Maui became an affiliate of Habitat for Humanity International, and in 2003, it built its first house — bringing six people directly out of homelessness and into a decent home. Since then, the nonprofit organization has sold homes to low-income families (those that fall within 25 to 80 percent of the median income for Maui County) at a no-interest and no-profit basis.

The second beneficiary, the Maui Food Bank, distributes food to the working poor, children and youth, seniors and the homeless — anyone who is at risk of going hungry — through its network of 100 partner agencies and programs. Every month, the organization serves 10,000 food-insecure people throughout Maui County, including the rural communities of Hana, Molokai and Lanai.

As a former Habitat for Humanity volunteer and a current Maui Food Bank board member, Tezak knows firsthand the impact both organizations have made — and will continue to make in the years to come.

“Habitat for Humanity Maui and the Maui Food Bank do so much for this community,” he said. “This Monopoly tournament is one way we can help these organizations continue their good work.”

So, do not pass “go,” do not collect $200 — but do take a “chance” at the Maui Monopoly Tournament on Nov. 18, and raise money for two good causes. In addition to the adult and student tournaments, the event will also feature a celebrity tournament, live music and entertainment, a live auction and a special guest appearance by the top hat-wearing, mustachioed “Mr. Monopoly” himself. The cost to enter the tournament is $50 per person and you don’t have to be a skilled Monopoly player to participate — novice players are encouraged to try their hand, too.

For more information, to register or to inquire about sponsorship opportunities, visit www.mauimonopoly.com.

Do you know a RAM member who should be recognized for their contributions to the community? If so, send your story idea to Sarah Ruppenthal at missruppenthal@gmail.com. 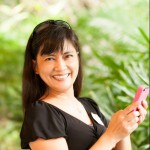 Liza occasionally assists in uploading the articles and reports written by Wailea Realty Windermere Maui Agents, Staff and Guest Bloggers. In those cases, you will see the bio of the original author as part of the blog post (at the end of the article).