Whales are mysterious and it is not known why they breach or what their songs and sounds communicate. The name of the Humpback describes the motion it makes when it prepares to dive and arches it’s back. Humpback whales can be found in Maui during the winter. Whale season is from December through April or even May. They migrate to Maui to pass on their knowledge to the young and engage in nursing activities, calving and mating. Mothers nurse calves for almost a year. Calves do not stop growing until they are ten years old.

We were lucky to take in a whale watch with friends Dr. Rob Yapp and his wife Luann on their 42-foot sail boat off of Lahaina Harbor. Both are accomplished sailors and have crossed the Pacific multiple times. We saw breaching, pectoral fin slapping, spy hopping, tail slapping, and head lunging. We were within 150 yards of the whales (well outside of the 100 yard regulation) and we could still easily see many of these behaviors clearly. The sail that day was quite a treat.

There are many, but here are a few typical humpback whale behaviors seen in Hawaii.

Adults surface every 7-15 minutes while calves must rise every 3-5 minutes to breathe. Adults can remain underwater for up to 45 minutes, but usually last only up to 15 minutes. They can dive to a depth of 500-700 feet.

A Full Breach occurs when whales thrusts themselves out of water from the head all the way to tail in an acrobatic display, then makes a large splash on the surface.

The whale lifts its tail out of the water into the air, swings it around then slaps it on the water’s surface.

The Humpback slaps the waters surface with one or both fins simultaneously.

The whale pokes it head out of water for up to 30 seconds to take a look around.

Fluke Up Dive-A type of dive

The markings on the underside of the flukes (tails) are unique to each individual whale, like a fingerprint. The tail of the whale appears out of the water in an upward arch and slowly rolls underwater in conjunction with a dive.

The whales head lunges forward, raised above the water.

The meaning of Humpback whale behaviors is unknown but the voices and songs remain wonderously mysterious. Humbpack whales do not have vocal chords and no air is emitted from the body while they are singing. It is thought that the sound is produced by moving air through valves and sacks within their respiratory system similar to air escaping from a balloon.

Be sure to listen to the beautiful songs while you are on Maui. Grab a snorkel, put your ears under the water and listen to one of the greatest concerts of the animal kingdom.

As we always say, “we are lucky to live on Maui”.  This place is a paradise on earth. If you have any questions about moving to Maui, about buying or selling properties here, or if you would like to receive Maui development updates, please contact me, Jennifer Powell, (RB) at Jennifer@wailearealty.com. 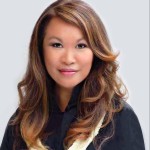